The Zermatt Unplugged Festival is definitely not among the usual music festivals happening around the world. There is, of course, the pristine location in the Swiss Alps, the concept of a festival based on acoustic music as well as a very special stage set right on the ski slopes, the Sunnegga Sessions. 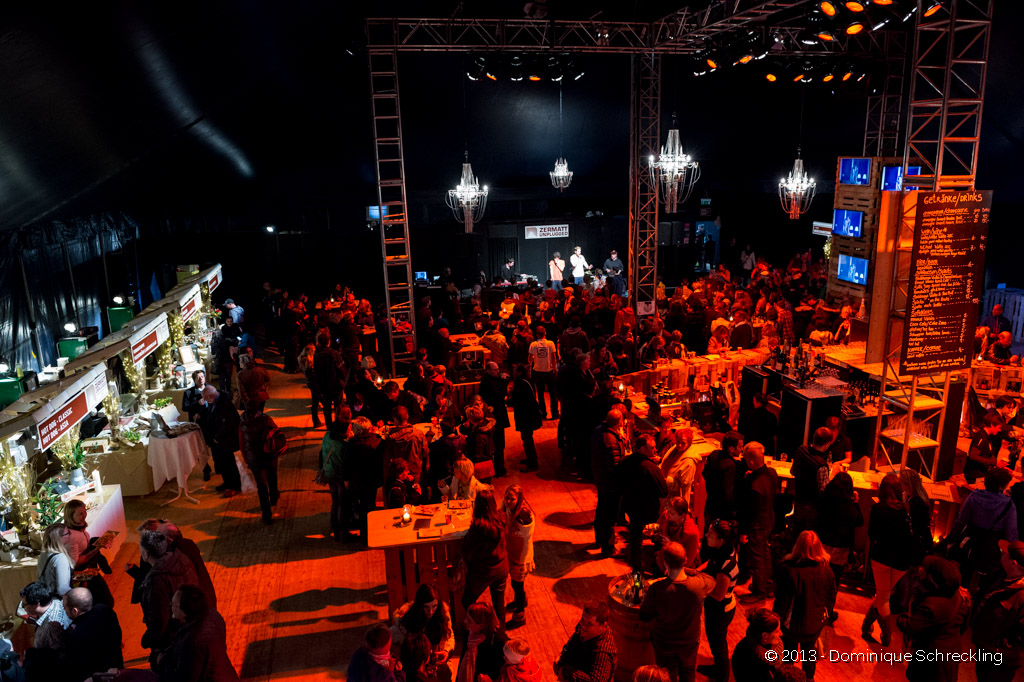 The 2013 edition from April 9th to 13th was an enormous success with seven sold-out concerts, enthusiastic audiences and an ambitious program of unplugged performances. Among the highlights certainly include a witty Marianne Faithfull at the Sunnegga Session, Die Fantastischen Vier with almost 30 musicians on the Marquee stage. Mando Diao sang exclusively their new Swedish songs, the Swedish newcomer Birgit Bidder could hardly believe the great interest in her concert and Skunk Anansie played their first unplugged show in 19-years together. 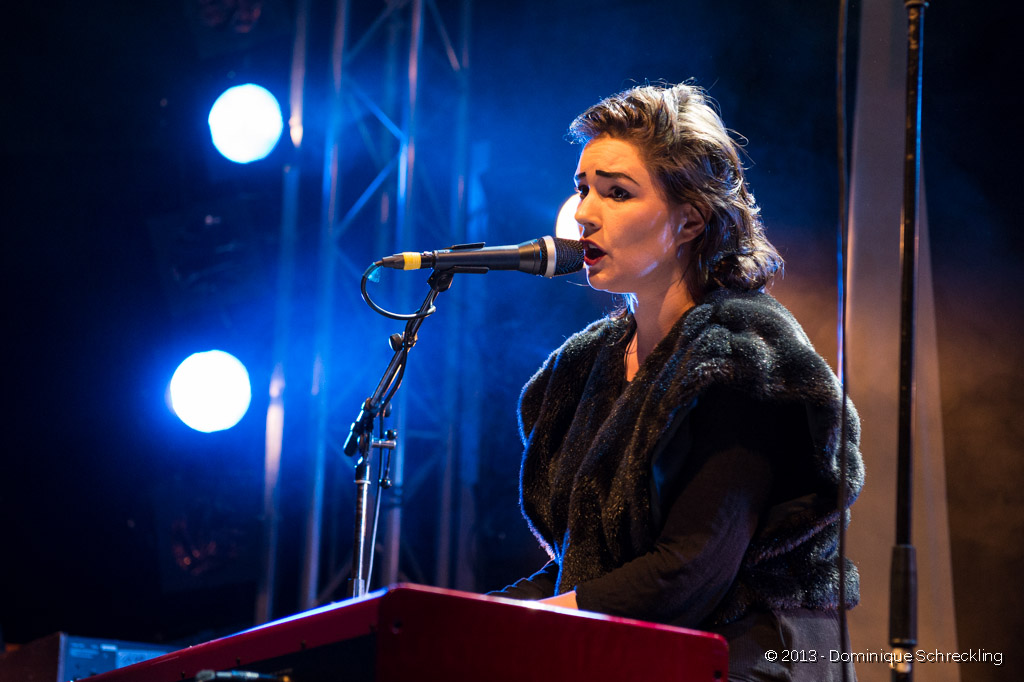 It was a moving moment for everyone as Frida (the former singer with ABBA), one of the patrons of the festival, appeared in front of the audience just before the Bryan Ferry concert and paid tribute to her friend Jon Lord, Deep Purple founder and patron of the festival, who passed away last summer. She also expressed her personal consolations to his family. Ian Paice, the drummer in Deep Purple, also travelled to Zermatt from London and appeared at the jam session in the Mont Cervin Palace. He also visited the Tribute Lounge, where each day, pianist Bruce Gallagher, aka Doc Fingers, played Deep Purple and Jon Lord songs. 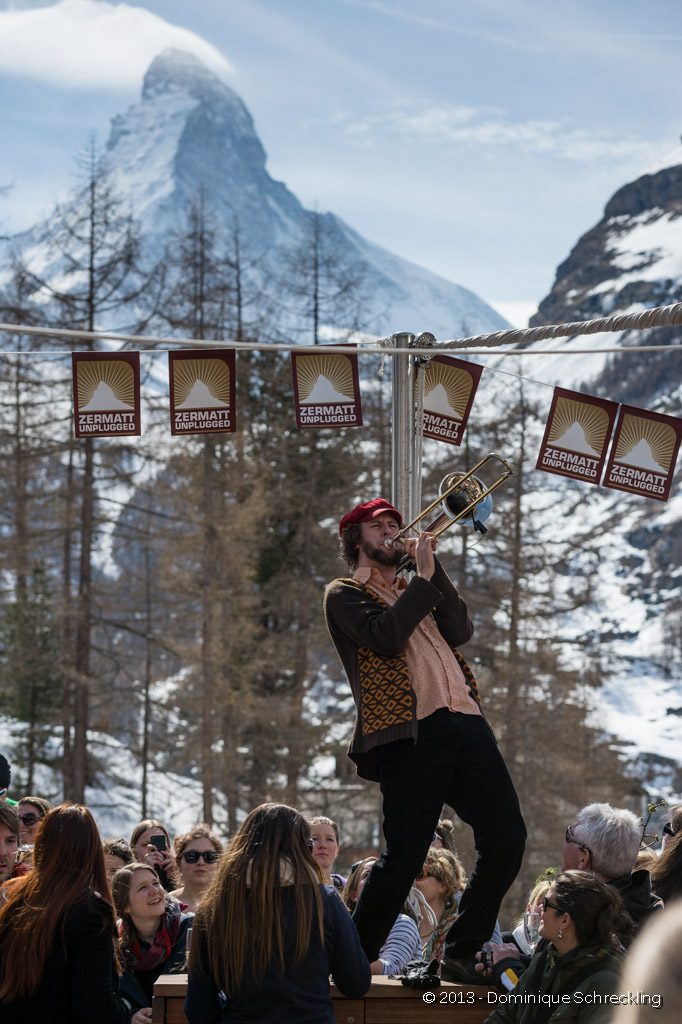 The festival certainly enjoys one of the best locations with eleven stages around the Swiss village and world-class resort of Zermatt at 1’620m (5’310ft) watched over by an amazing mountain at over 4’000m (13’124ft), the Matterhorn.

The festival began in 2007 with a small series of concerts. In just a few years, it turned into a successful annual musical event featuring international top stars as well as highly promising young musicians. This 6th edition featured 45 acts in five days.

As if the fairy-tale like location would not already make this festival special enough, the food offering was just as unusual for a music festival. The Gault-Millau high density of chefs and restaurants in this mountain village is unique in Switzerland. The festival’s Foyer Marquee features food coming from three of the 20 Gault-Millau restaurants of Zermatt. The freshly prepared sushi came from the Myoko restaurant of Hotel Seiler (13 points), the deluxe hotdogs from the Cervo (13 points) and the Fendant soup from Chalet Schönegg (15 points). In addition to these dishes, there were also richly garnished Focaccia and hearty meatballs from the Walliserhof, tasty Phad Thai noodles from the Lanna Thai. The desserts were available at the stall of the Confiserie Le Petit Royal with a tart of hazelnut meringues, cream and clementines. 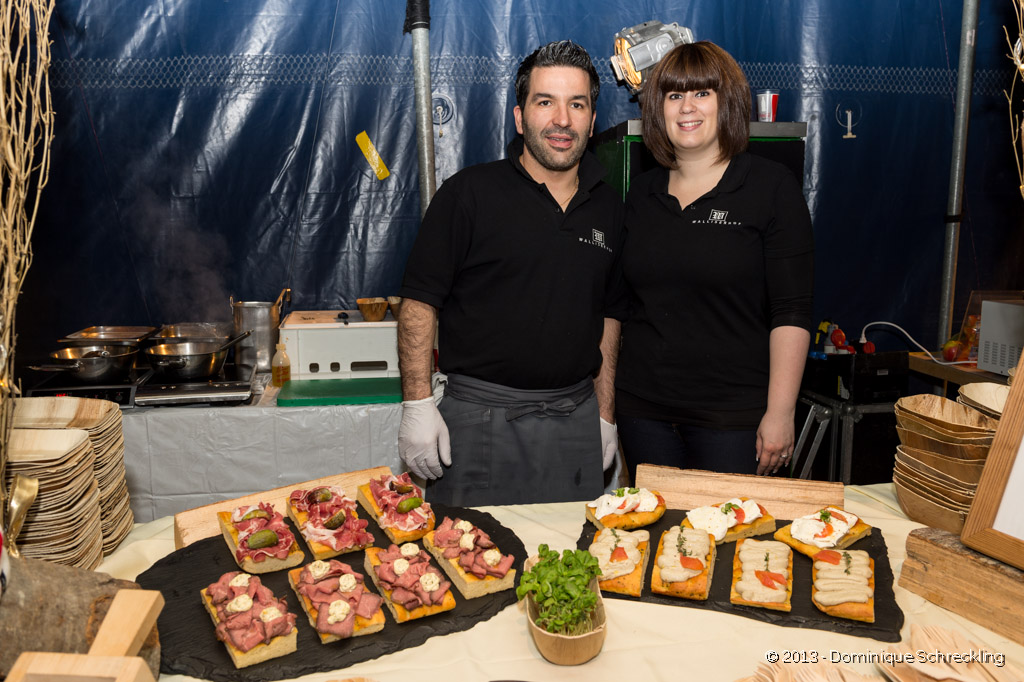 The artists performing at this festival are asked to perform “Unplugged”. The major change is that the electric guitars are to be replaced by acoustic guitars. The concerts are, however, not fully unplugged, amplifiers are definitely required for an audience of up to 2’000 spectators.

While an electric guitar combines easily with drums, it is a different story with an acoustic guitar. The musicians often need to rearrange their usual program for an unplugged performance.  The public does not simply get an opportunity to attend a concert of their favorite stars; it gets the chance for a unique performance specially prepared for the occasion. 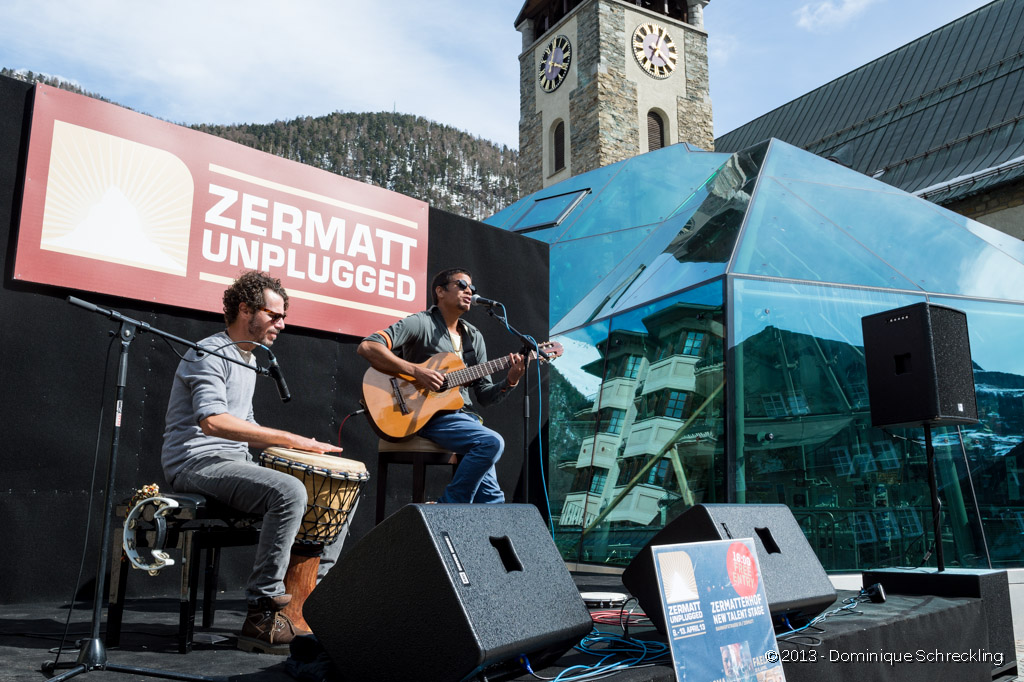 Zermatt Unplugged also provides 30 acts free of charge featuring young talent taking place on six festival stages distributed all around Zermatt including up to the Blue Lounge in the ski area, at 2,600m (8’500ft) above sea level. The Brazilian guitarist, Pedro Franco mentioned it was not easy to catch his breath when singing at such an altitude. It is not unusual to see the headliners of the evenings among the public attending the free concerts, like Skye Edwards from Morcheeba or Gaetano Curreri of Stadio.

If there is just one young talented group the visitors of this 6th edition of the festival will remember, it has to be the Swedish band Faela from Malmö. Six musicians from Argentina, Bosnia, Chile and Sweden created their own original sound through a wild explosive mix of styles combining Latin with Balkan beats. Influences by jazz, ska-reggae and disco, their music went straight to the audience’s hearts. They made a very big impression on their three different performances in Zermatt. 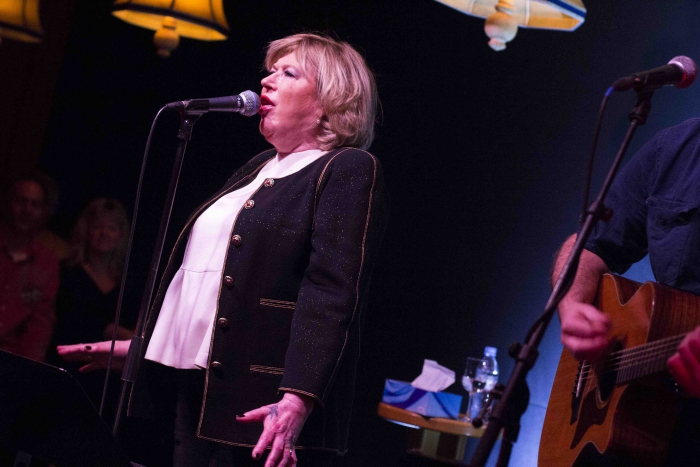 A unique concept of the festival is without a doubt the Sunnegga Session. In the evening, the Sunnegga Express takes up to one hundred guests within 3 minutes to the mountains at an altitude of 2’288m (7’500ft). The evening starts with a champagne aperitif on the terrace of the mountain restaurant. The terrace features one of the very best spots for viewing the Matterhorn. After the aperitif, a dinner buffet with specialties of the region is served inside. It is followed by a most intimate and exclusive concert in a room of the restaurant. Even seated in the last row, one is still fairly close to the stage. Sometimes it gives the feeling of enjoying a private concert in the living room of someone’s home. After the concert, guests, employees of the restaurant as well as the performing crew take all the same Sunnegga Express train ride back to Zermatt.

“It’s such a relief to have come through the first song,” said Marianne with her husky voice accompanied only by an electric piano 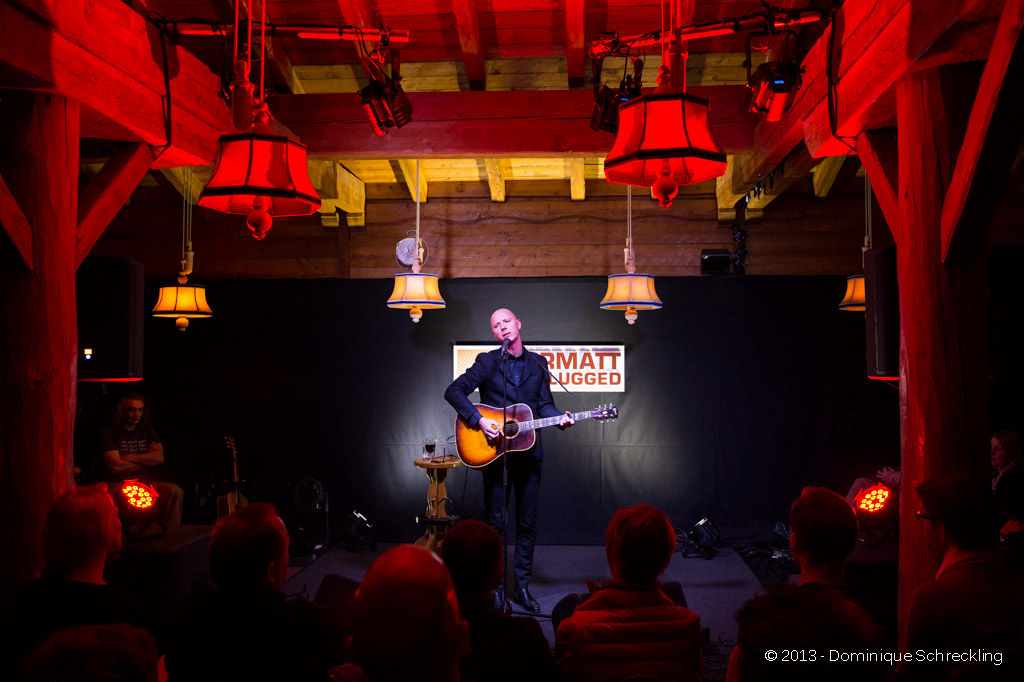 Marianne Faithfull excelled in this intimate location. The Sunnegga was sold out for the performance of the former muse of the Rolling Stones. Her discography contains 23 solo albums, and, of course, she did not miss out “As Tears Go By” (Jagger/Richards) and “Crazy Love” (Van Morrison). She also sang “In Germany Before The War” (Randy Newman) to which she remarked, “although I think I’m a bit too young for that.” Her wit, her deep, smoky and yet fragile voice embodies a woman who has really loved, wept and laughed. 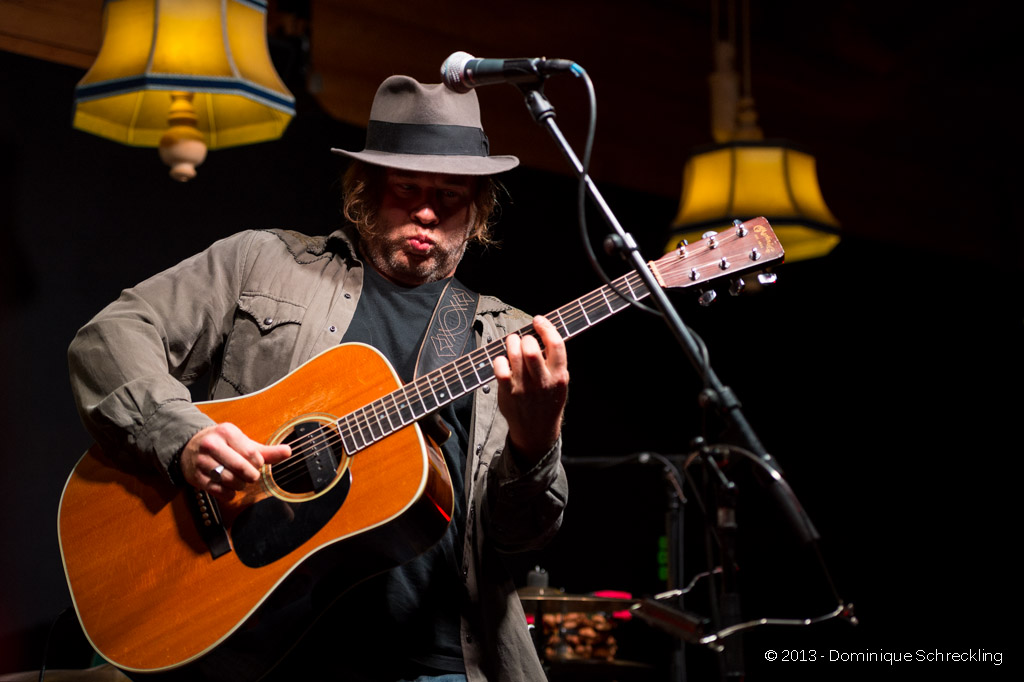 It was as if the Bohemian – born in London with Austrian-Hungarian roots and now living in Paris, was spreading out her life before her own assembled family. Self-ironic, with a strong voice Marianne Faithfull and totally relaxed.

In addition to Marianne Faithfull, this year the Sunnegga Session welcomed this year a wonderful solo-concert given by Norwegian singer Sivert Hoyem, better known as vocalist of the band Madrugada. He unveiled that he is currently recording a new album. The Californian singer-songwriter Tom Freund closed this year’s edition at the Sunnegga with seemingly effortless ease. During his last songs, the entire public was dancing or standing; some even on top of the seats.

The Main Concerts in the Marquee 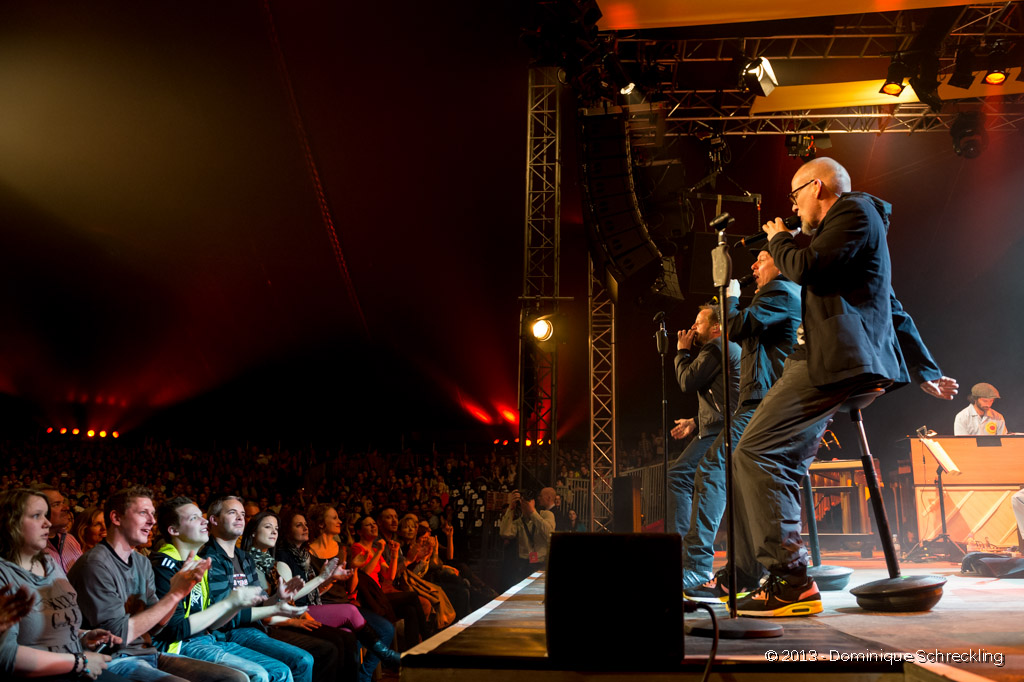 The marquee hosts the main concerts of the festival each evening and offers space for almost 2’000 persons.

On Wednesday, Die Fantastsichen Vier formed by Smudo, Michi Beck, Thomas D. and And.Ypsilon literally enthralled the public.  The pioneers of German rap have been guests in Zermatt many times. The hardcore fans sang whole verses of the songs along with them, word for word. Fanta 4 felt the vibes of the festival and showed great stage presence. A complete interplay between the performers including their fast and witty exchanges created a sensational atmosphere in the marquee. Their accompanying band, made up of 25 men and women, were also a treat for eyes and ears and included brass players, strings, keyboards, guitarists, and percussionists. The public was amazed even after one and a half hours how the time had just flown by. 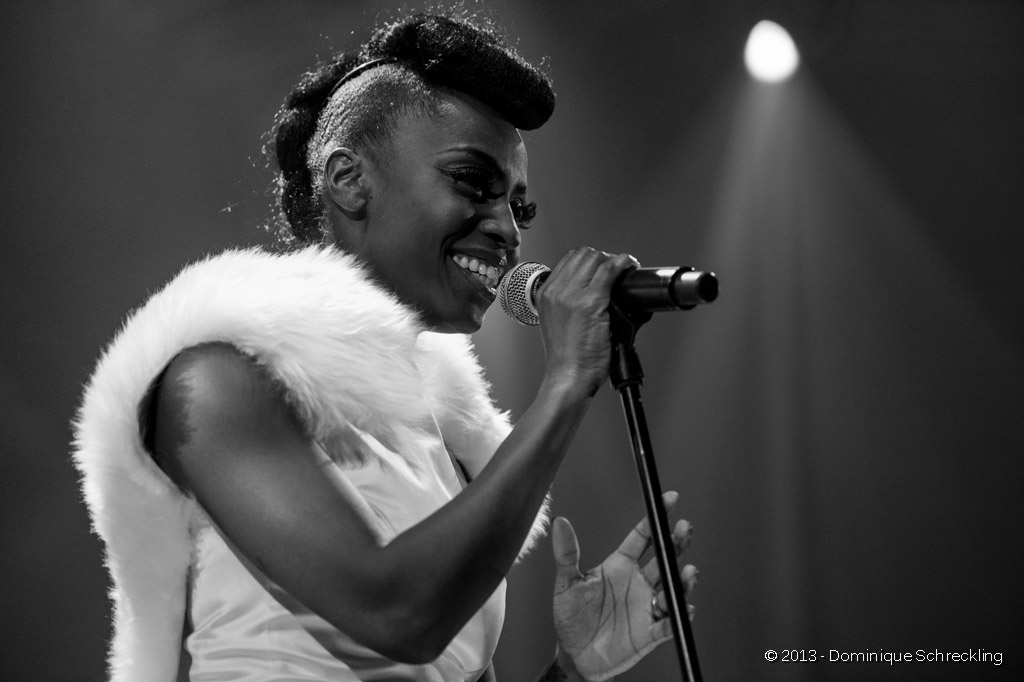 On Friday, in front of 1’800 people, a concert of extra class: Morcheeba with Skye Edwards. She came on stage in a white floor-length dress and began to fill the marquee with her soulful angelic voice. She performed unplugged for the very first time only supported initially by the brothers Paul and Ross Godrey. She was visibly enjoying herself and the public and performed for an hour and a half. 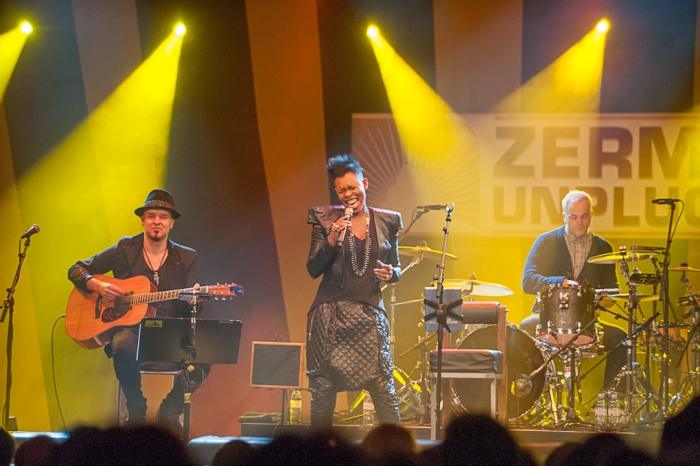 Finally, on Saturday the closing concert in the Marquee was Skunk Anansie. In front of a capacity crowd, the British rock band performed in a way they had never been heard before in their 19-year history: unplugged. Ace (Martin Ivor Kent) on guitar, Cass (Richard Keith Lewis) on bass and Mark Richardson on drums were simply brilliant. They wove stories, laid baselines and front woman, Skin (Deborah Anne Dyer) sang as if there was no tomorrow. The 45-year old plunged into wild rock, climbed through powerful octaves as if she was in an opera, and descended into harmonically meditative ballads. Skin, a big-voiced, dark-skinned Amazon with a Mohican cut and her Skunk Anansie were as proficient as if they’d been playing unplugged for their whole lives. The public experienced world-class acoustic music, and showed their approval with frenetic applause.

To close this very successful edition of the Zermatt Unplugged Festival 2013, a wonderful farewell brunch was held in the Chalet Schönegg (15 Gault-Millau points) on Sunday under a bright deep blue sky with a view on Zermatt underneath and a cloud free Matterhorn.

See you at the next edition of the Zermatt Unplugged Festival taking place April 8th to 14th 2014.

These and more photos under www.pbase.com/tcom/zu2013