Rock and Flamenco by Patricia Vonne at the Montreux Jazz Festival 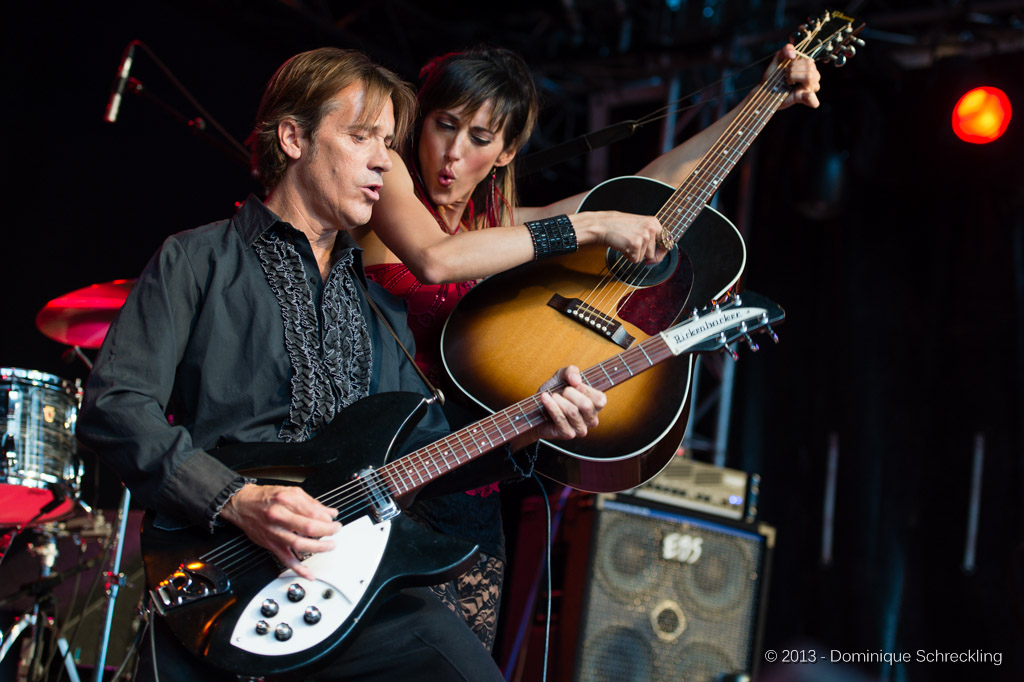 The Montreux Jazz Festival and especially the free concerts are always full of surprises. It allows the public to discover different music styles as well as newcomers or musicians better known in other regions of the world. 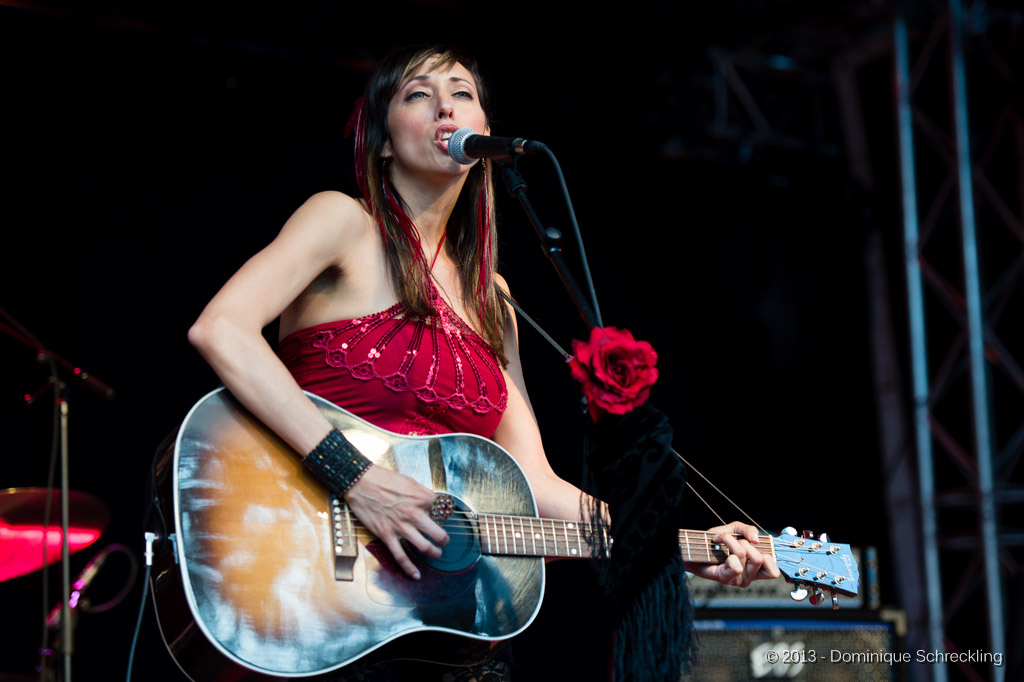 The first week of the 47th Montreux Jazz Festival featured an impressive series of surprises. Amongst the rock band Redwood, the Irish folk song band The Castagniers, the Cuban Tempo Forte, the Slovenian Big Band KK covering Depeche Mode, the Aretha Franklin inspired blues, the soul and gospel singing of Judith Emeline, there is one performer, in particular, that I would like to pick out: Patricia Vonne.

On Tuesday, July 9th, Patricia Vonne gave an amazing concert on the Music in the Park stage of the Montreux Jazz Festival. People arrived in crowds to listen to a very interesting combination of rock and flamenco. She played guitar as well as castanets and sang in English and Spanish to make her Hispanic roots even more obvious. Even if it was her very first concert given at the Montreux Jazz Festival, her attitude made it clear for anyone; that she is used to performing on stage. As one of the photographers, I even had the feeling that she was playing with the cameras.

While this was the very first time she performed at this famous music festival, she is, in fact, on her 21st tour in Europe and is launching her 5th album Rattle My Cage to be released on September 10th, 2013.

After the concert, I had the chance for an interview with this unusual performer: 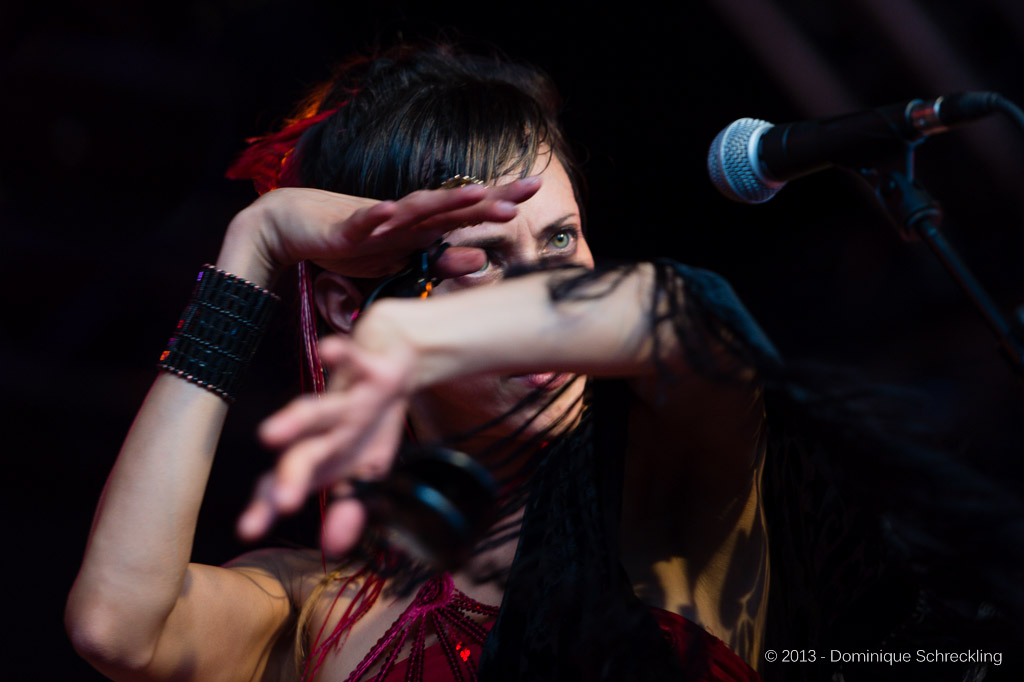 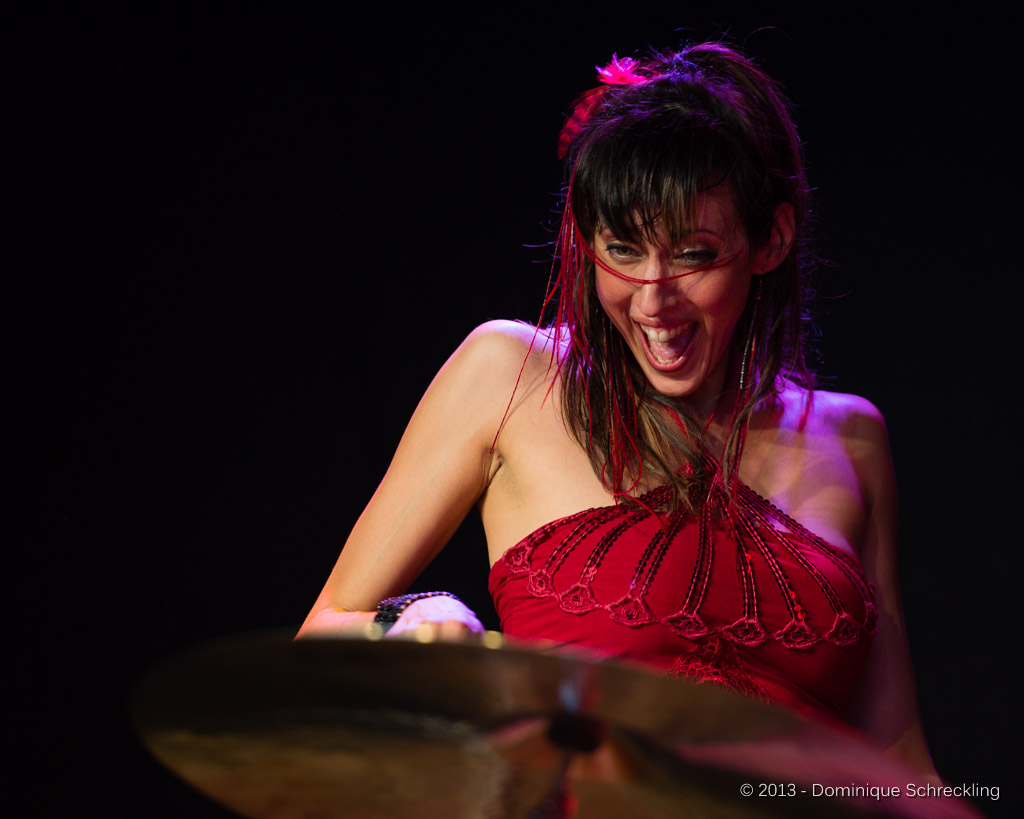 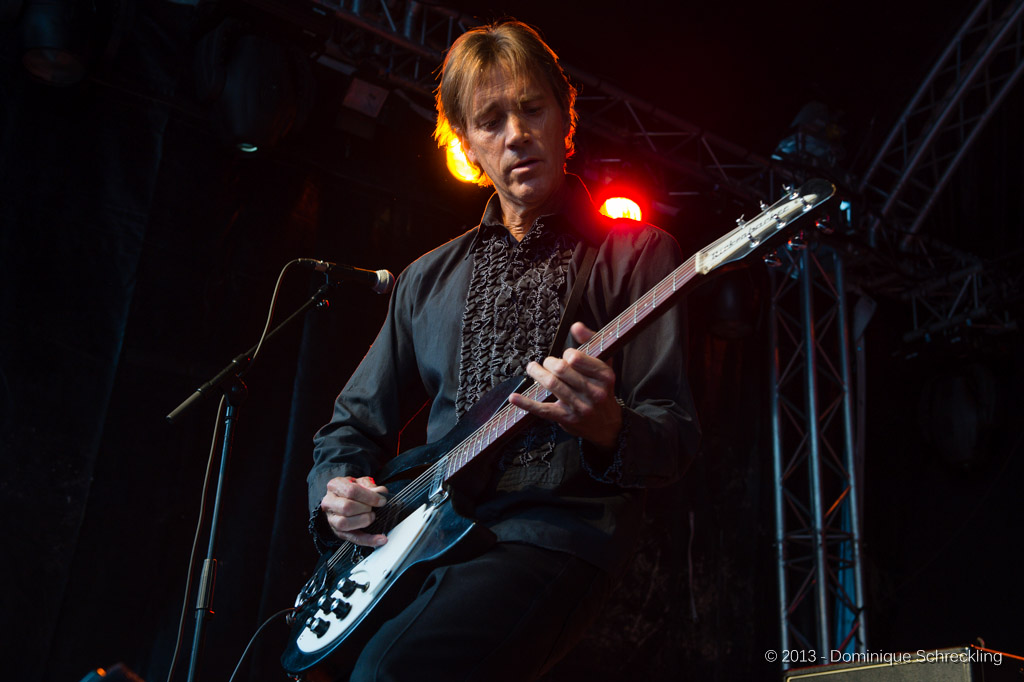 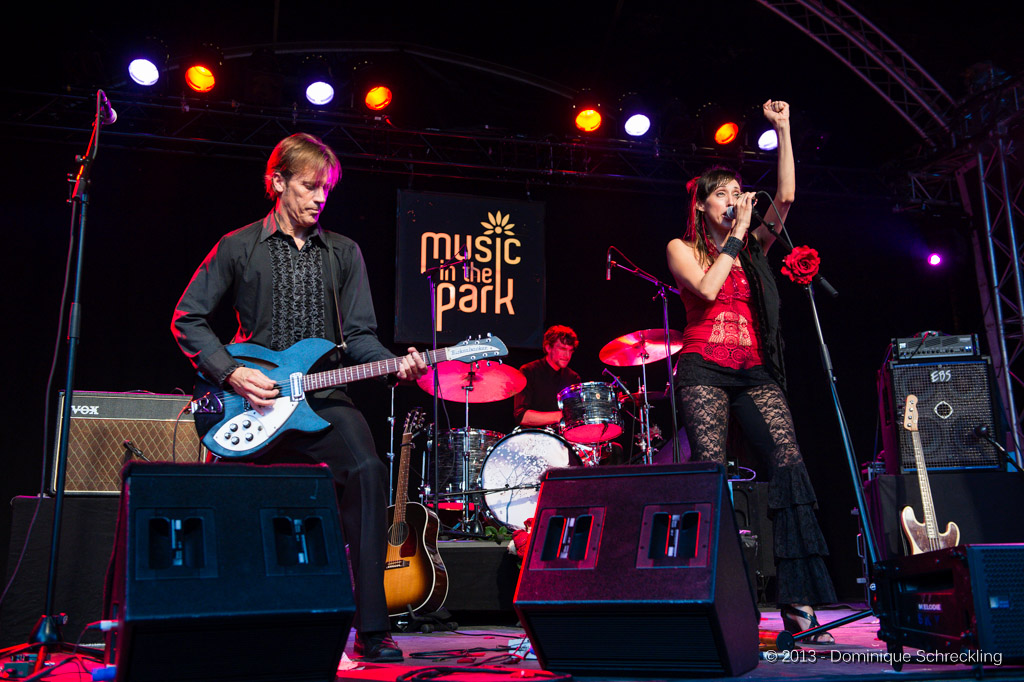 Dominique: How would you describe your own music style? What are your influences?

Patricia: My music is Texas influenced roots – rock with a south-of-the-border flavor. It has bilingual infusing Mexican and Castilian influences which are my heritage.

I come from a Mexican-American family, one of ten children. My parents always encouraged music and the arts. My mom would sing to us in Spanish and have us harmonize and sing with her when we were children and this greatly influenced my music. My father was a drummer in college. My other influences are growing up in San Antonio, Texas and listening to the Mariachis and records that my brothers would share with me like Cruzados, Lone Justice and Johnny Reno and Texas artists like Buddy Holly, Stevie Ray Vaughan and Joe Ely.

Dominique: How would you describe your upcoming 5th album Rattle my Cage? How is it different from your previous albums?

Patricia: I would describe this new album as “Texas spitfire”. Rattle my cage is my 5th studio album and it is different because I have co-writes with some of my favorite artists like Doyle Bramhall (who wrote songs with and for Stevie Ray Vaughan), Alejandro Escovedo, Rosie Flores, Peter Kingsbery and more. I’m very proud of it.

Dominique: You are a singer and an actress. Are you also your own songwriter?

Patricia: All of my albums are original music. I write all the songs. Sometimes I collaborate with other songwriters, but it’s important to me to have my own original material on my albums.

All my albums are also in English and Spanish because it’s important to me to preserve the rich cultural heritage of my childhood growing up in San Antonio and being Mexican-American.

Dominique: What memories do you take back from your performance here on the Music in the Park stage of the Montreux Jazz Festival?

Patricia: The memories I will take back with me from our performance at the Music in the Park stage at Montreux is the warm reception my music received by a large number of people in the most beautiful setting I could imagine overlooking Lake Geneva! I truly felt like rock n’ roll Cinderella!

Dominique: Thank you Patricia for the great concert and taking your time for the interview.

Should you have the chance to see her performing in a nearby location on her tour, do not hesitate to attend. Her combination of rock and flamenco is truly amazing. It was her very first performance here in Montreux and I hope to see her here or anywhere again.